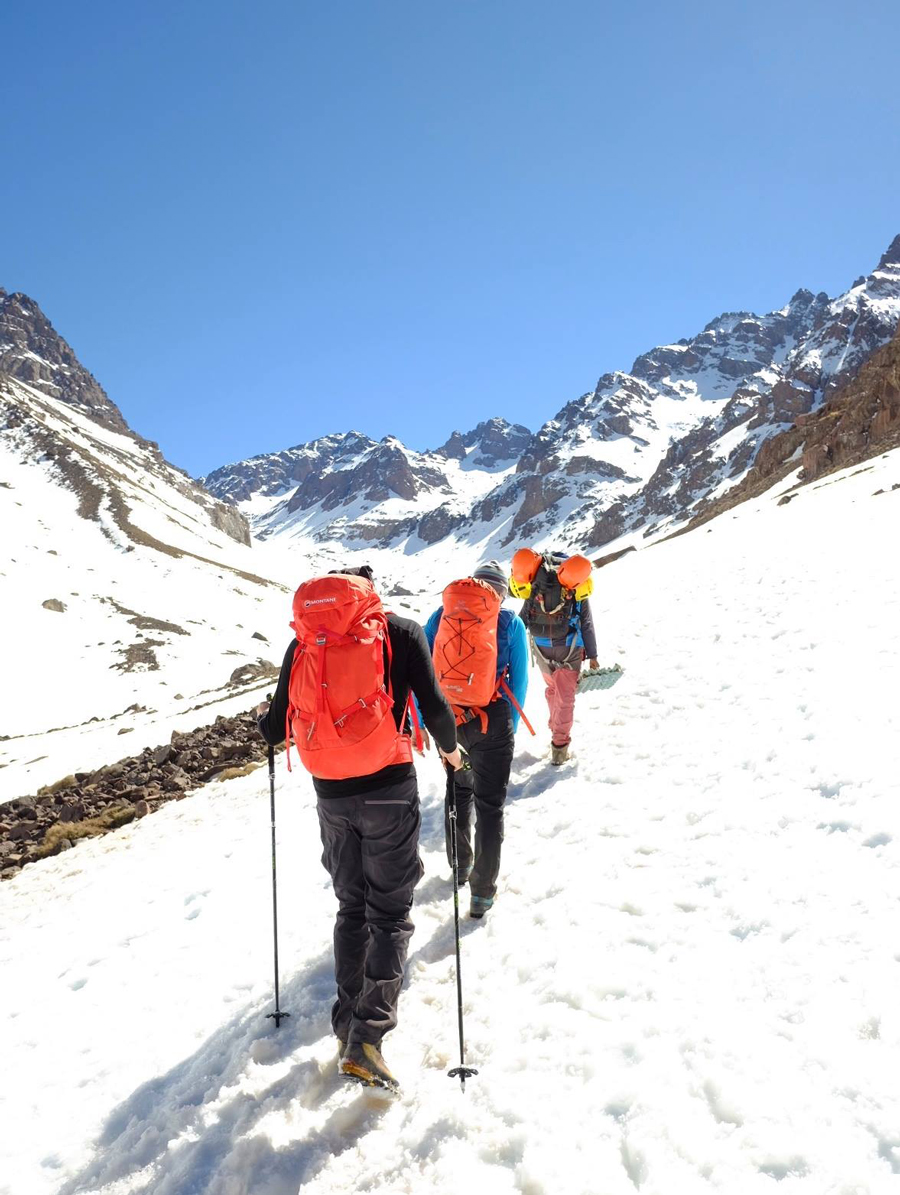 When, as 17 year olds, my friends and I ventured to the French Alps for the first time, it was a big deal.  Everything was new.  Our journey south on the British Mountaineering Council Alpine Coach, arriving in Chamonix and staring at the huge mountains that bore little resemblance to the Scottish peaks where we’d cut our teeth.  The different language, currency and food.  It was a big eye opener for boys from the flat lands of Cheshire.

We had heard you could just pitch your tents in the woods near the Montenvers Railway and we did just that.  Six weeks in the forest with other climbers taught us a lot and we gradually learnt the tricks of two key Alpine trades – the first being how frugally you could live in one of the Alps most expensive resorts along with how you actually climbed these huge and, initially at least, scary mountains.

Some friends had already been out for several weeks by the time we rolled into town and they welcomed us into the squalor of the camp.  They were hill fit, they were acclimatised and most significantly they had already gained the knowledge we desperately lacked.  An example of this being that their opening gambit as soon as we arrived was that they were heading up Mont Blanc in the morning and did we want to come.  Of course we went and of course it was an epic struggle – we lacked fitness, skills and acclimatisation in equal measure.  We survived and we summited, but only just.  The highest mountain in Western Europe really doesn’t make the ideal acclimatisation peak!

We must have staggered back into the woods exuding such an air of naivety that we were soon taken under the wing of an Alpine veteran known around the site as big Phil.  He hailed from Kettering and certainly lived up to his name – Big Phil was as broad as a couple of normal sized climbers stacked together and stood at 6’3″ in his socks (although anytime he was in the Valley he seemed to prefer being barefoot).  Big Phil had lived in Chamonix every summer for the past 11 years and he knew his stuff.

Over campfire chats and local cragging sessions he taught us a wealth of information that made our lives in the valley run smoothly along with info that definitely helped prolong our life expectancy in the mountains.  He showed us, for example, which restaurants would throw eatable scraps into their bins after closing (we sometimes ate very very well using this technique), where to collect glass bottles that the supermarkets would give cash refunds on, who to speak to when seeking occasional work as apartment cleaners, how to avoid payment on the valley buses and who to see for a cheap supply of Polish climbing equipment.

For the mountains Big Phil suggested progressive objectives that would allow us to hone our skills incrementally.  He would turn up at the campfire with hand drawn topos and route beta which even included details on rappel stations, specific equipment requirements and bivvy spots.  He started us off on some long rocks climbs before pointing us towards some glaciated approach terrain and onto longer mixed routes.  It was just like having a personal coach and, although at the least Big Phil made our lives so much more comfortable, it was really far more than that – I firmly believe he kept us alive.

Big Phil died in a tragic rockfall incident the following summer but I will never forget him and his kindness and generosity towards others have influenced the way I’ve tried to live my life since.  I also admired the time and effort he was willing to put in to helping less experienced climbers progress safely.  He was in no small part responsible for guiding my journey into instructing.  Thanks Big Phil.

The concept of fast and light wasn’t something we understood in those early days and our rucksacks bulged with stuff that wasn’t fit for purpose or was never going to be needed.  On that first year I had, for some unknown reason, decided rock shoes would be surplus to requirements.  I had some of those bulky white plastic double boot Koflachs that were popular at the time and, as they were my only mountain option, they were used on everything.  From technical rock to mixed and ice – those instruments of torture were my constant companions.

My sleeping bag was an ex army behometh which filled half my rucksack.  After hauling it up a few climbs I realised it was best left behind.  My friend Al had an ex army bivvy bag and we took to just taking a spare fleece and spooning in this olive green first generation Goretex shelter. We shivered through many an Alpine bivvy but at least our rucksacks were lighter.

We also saved weight by carrying less water, leaving a stove behind, bringing less food and only climbing on one half rope.  Our rucksacks got lighter but our safety margins dropped and probably, as we were half starved and dehydrated, our performance too.  I remember staggering into camp after a long route on the Aiguille d Peigne and vomiting violently outside my tent before crawling inside to lie down with sun reddened skin, dots swirling before my eyes and a mind numbing headache.  Looking back I see the signs of heat illness but at the time, as I lay there in pain, I really had no idea what the problem was.

We got ropes caught in cracks, dropped a bandolier of crucial gear a hundred metres up an off width crack climb, often ran out of headtorch batteries long before dawn (usually because the batteries were part used ones donated by climbers returning to the UK), crossed glaciers without the skills to help one another if one of us fell in and on many occasions abseiled on single pegs when we’d been enticed off route by the false promise of easier ground or a guide book reading error.

It was an era where climbers learnt by trial and error and our only trainer was Big Phil.  If I had my time again I wouldn’t hesitate to get some expert tuition and I wonder how we survived some of the situations we stumbled into, but we did and each mistake was another valuable learning point.  We walked into camp one day after bailing on a route we’d both really wanted success on and Big Phil was waiting to greet us.  We must have had such a look of despondency that he didn’t even need to ask how we had got on.  Don’t worry about not bagging the route he told us.  Failing is a necessary part of trying and the only true failing is not learning the lessons from it.  He was a wise man taken too early and I have no doubt, had if worked out differently, that we’d still be friends till this day. 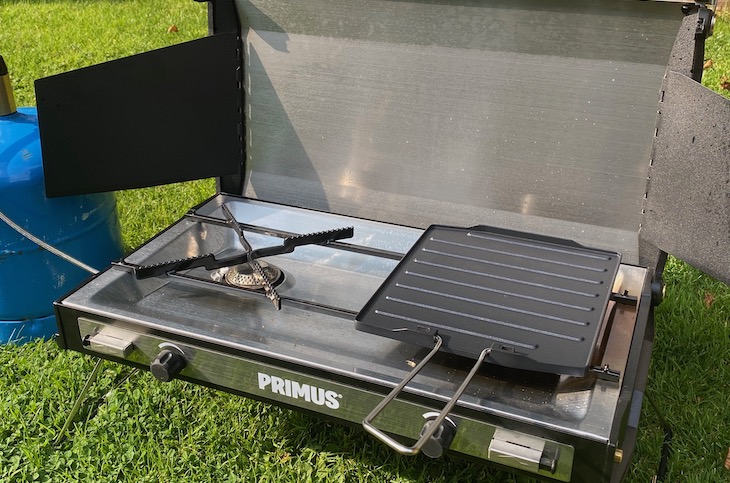 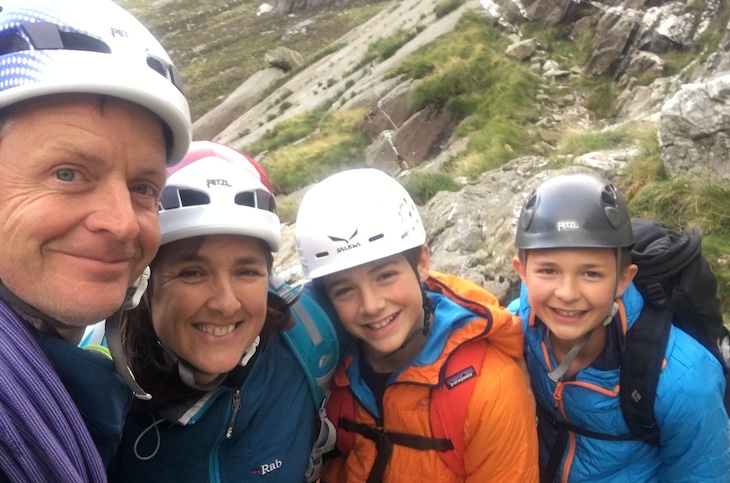 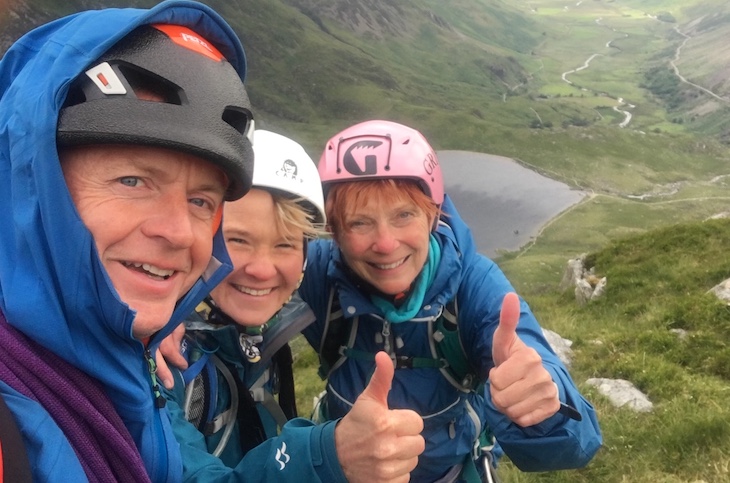 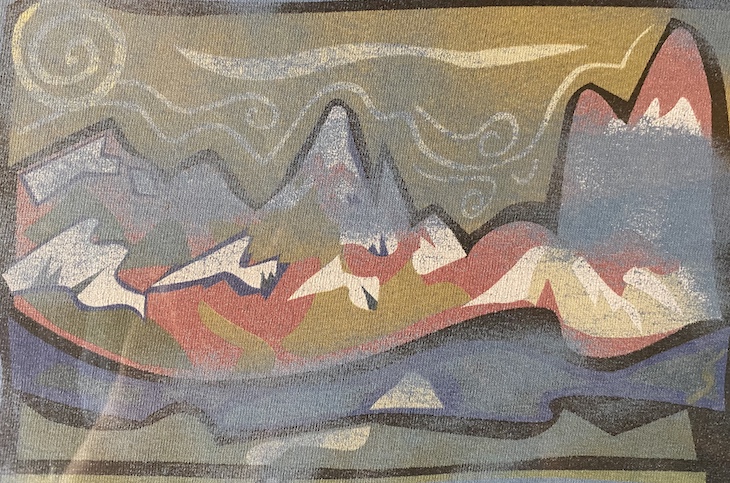 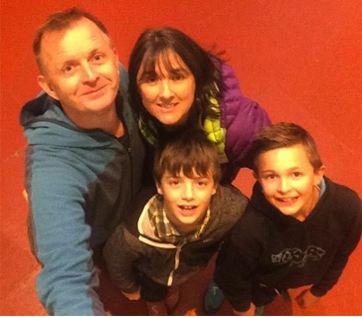